If you fancy a trip to Mars, the Design Museum in London will take you there! Their current exhibition ‘Moving to Mars’ has an extraordinary wall projection of the Mars surface where you can immerse yourself in the red planet. Here I am… 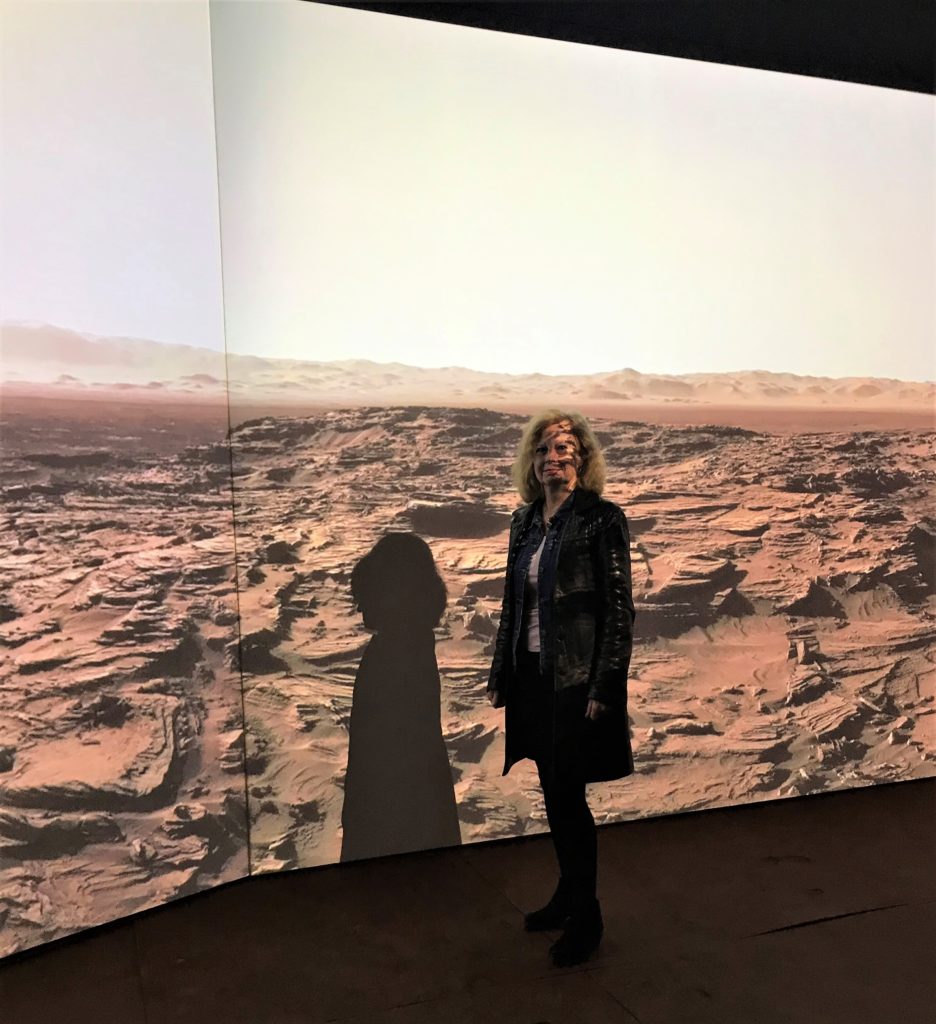 The exhibition takes you through so many aspects of Mars and space travel that I was ready to take off right there and then, except for the section about how to go to the toilet in space! There is a section with films of astronauts in the international space station showing us how to do this and even how to drink a cup of coffee in a weightless environment which is much more complicated than I had realised.

Mars has been a fascination for films, books and comics and the exhibition gives us plenty of fun examples of the ‘little green men’ approach through to the more sobering Martian film with Matt Damon where he is left behind on his own. 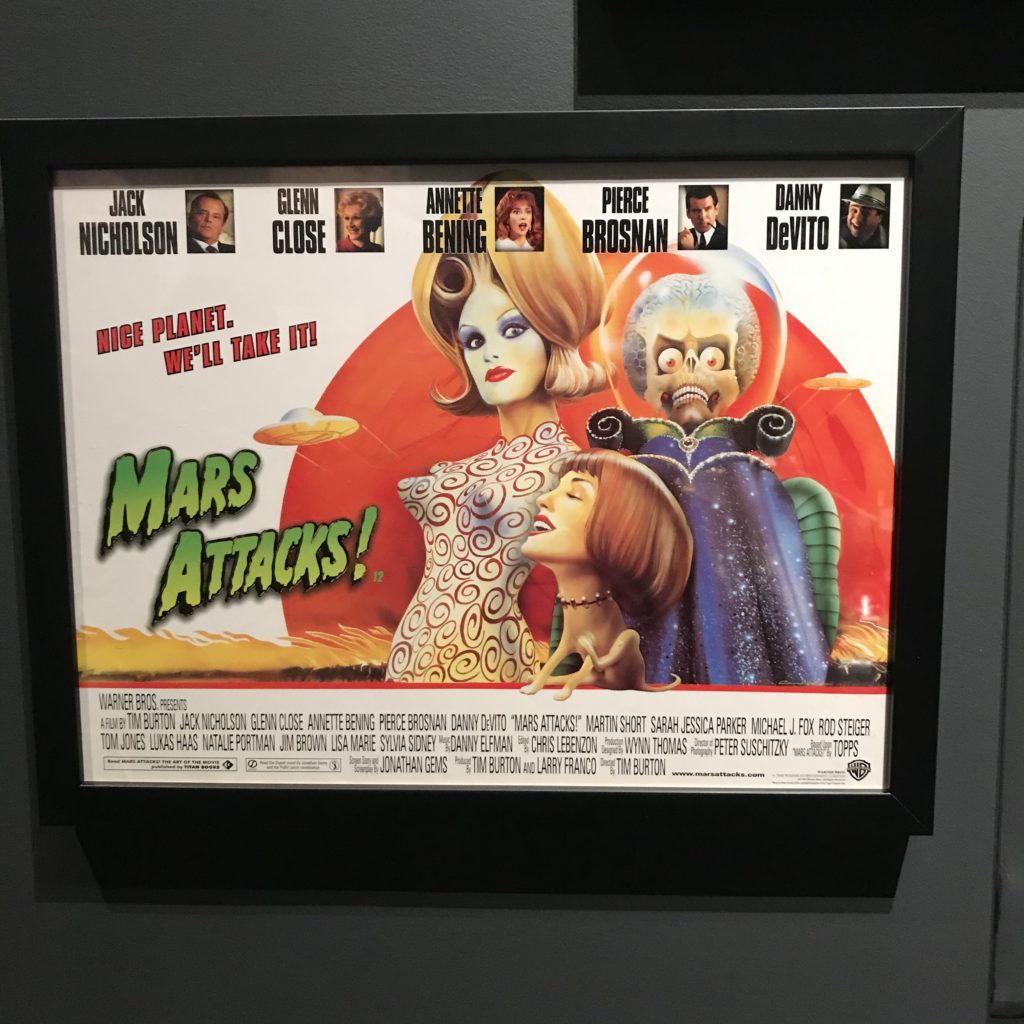 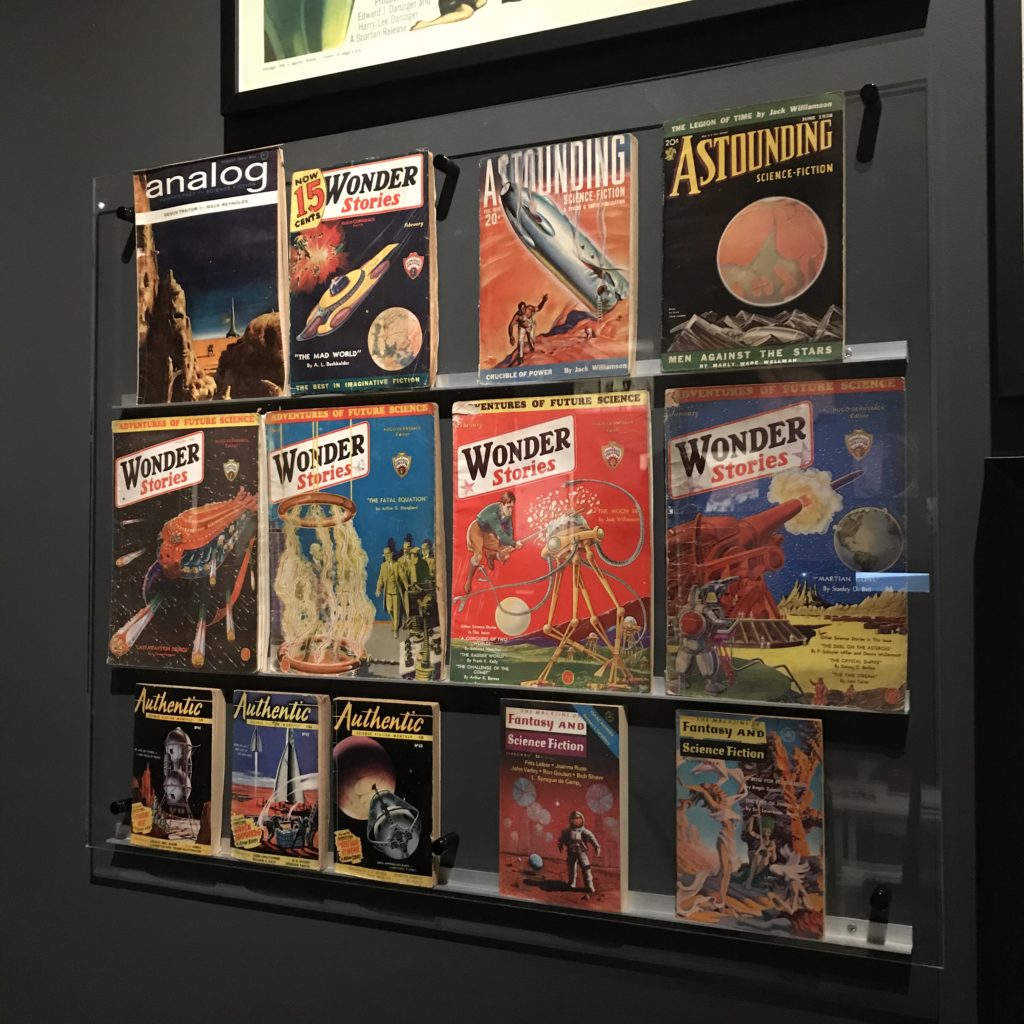 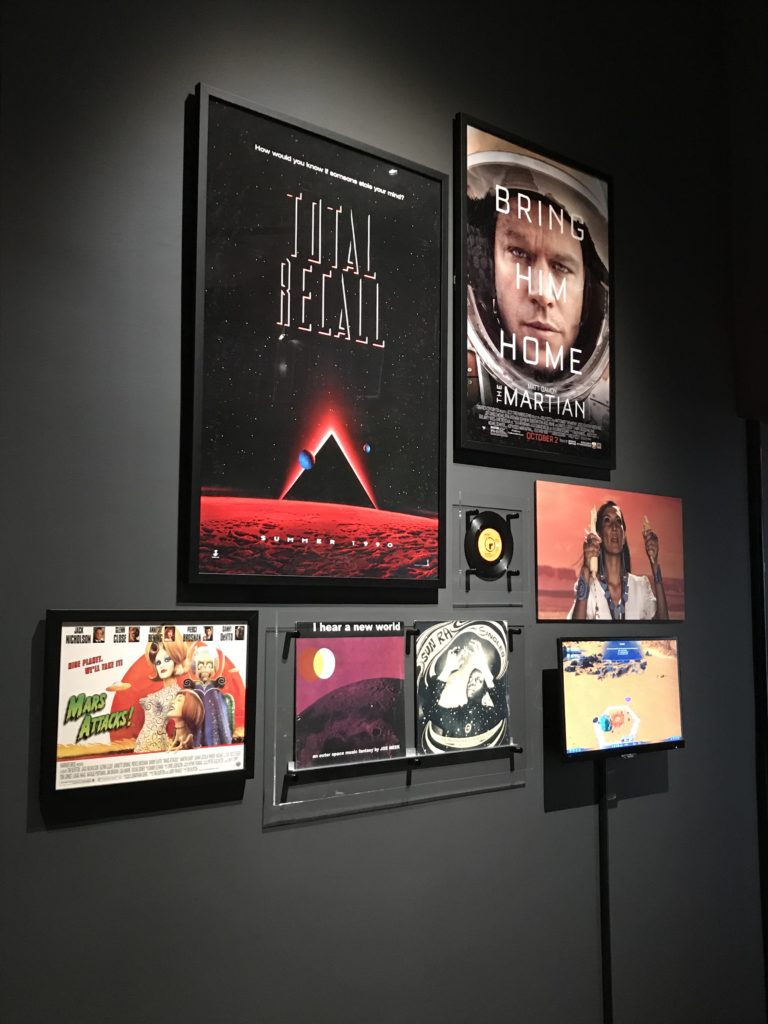 In complete contrast, there are artefacts showing human’s historical study and obsessions with Mars. This cuneiform tablet dating back to about 1000 BC talks of observations of Mars made by ancient Babylonians.  Their painstaking tracking with the naked eye laid the foundations of modern astronomy with all its powerful aids.

The ExoMars Rover greets you in reception and is much smaller than I expected and I was also surprised to learn it’s a joint European and Russian exploration mission designed to look for life beyond earth.  Great co-operation from our scientists.  Mars had a climate that could have supported life in the distant past and perhaps, just perhaps, some life forms still exist below the hostile surface!  This machine will be gathering data and sending by footage to increase our knowledge and is due to head out this year. 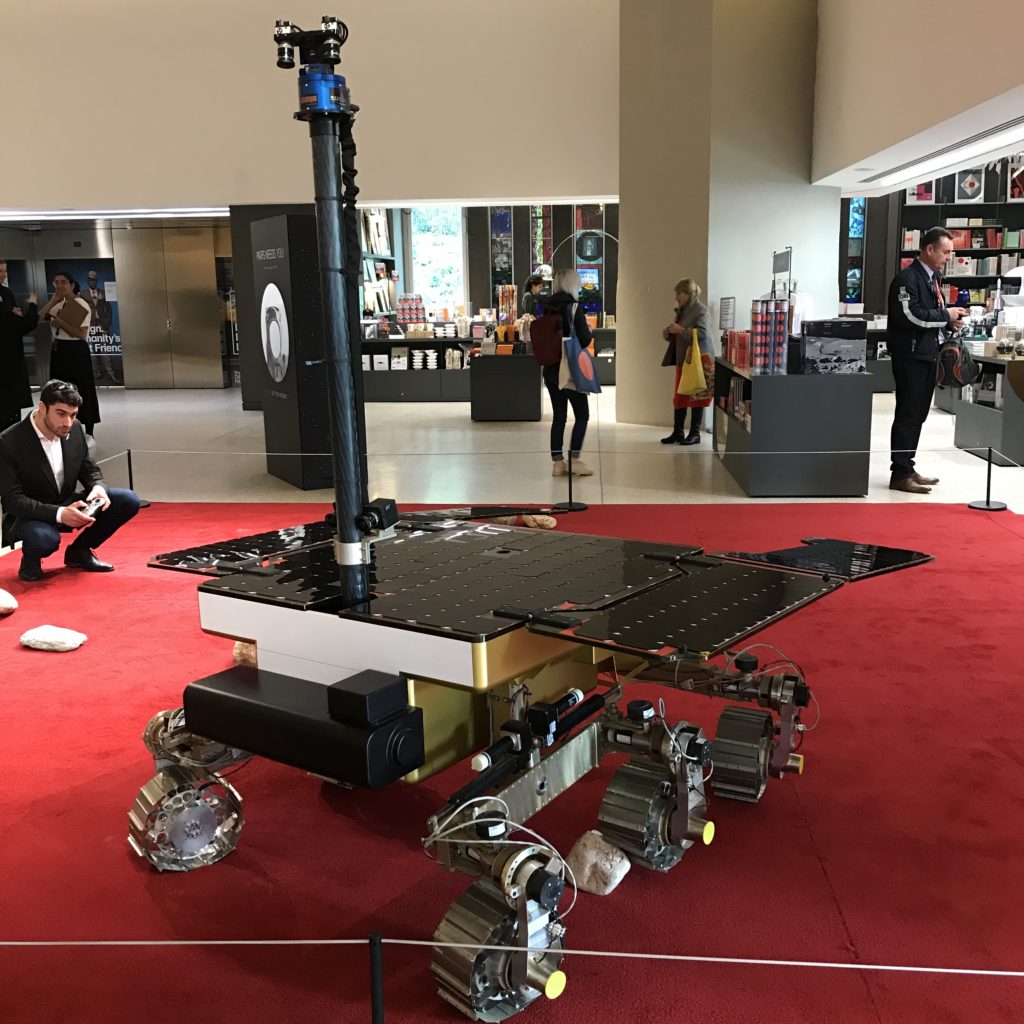 I asked one of the curators why Mars and why not put more emphasis on going back to the Moon and setting up bases there.  I’m paraphrasing but basically he said we’ve been there and Mars is a new fascinating challenge.  Another version of the age-old ‘because it’s there’ which has fueled exploration of our planet forever!  So I guess we are moving to Mars…

It is a long journey – 246 million miles  – and it takes 22 minutes for radio signals to reach there.  Loads of extraordinary data is on hand for those who love all that.  Sections of the exhibition look at rockets, their development from Wernher von Braun to Elon Musk and the latter is quoted as saying ‘I want to die on Mars, just not on impact’! 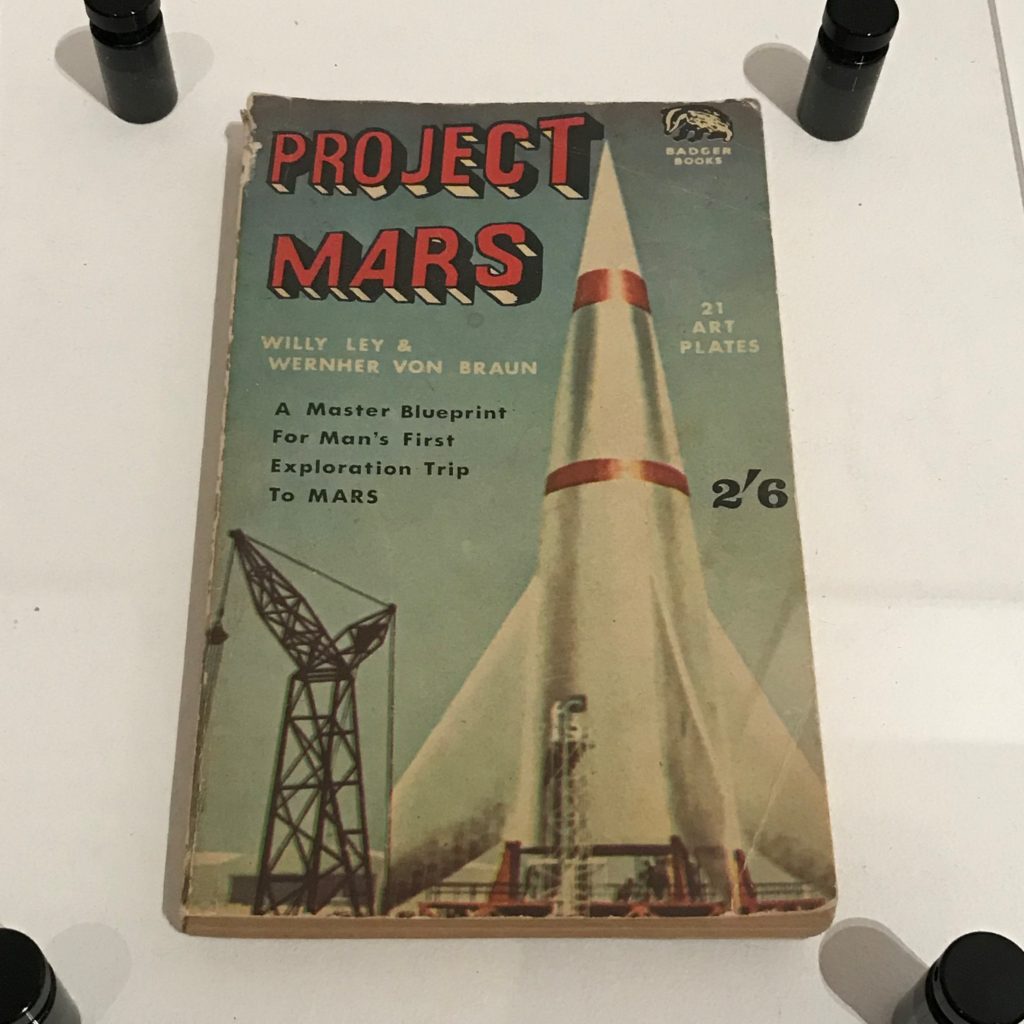 How will we live on Mars?  The exhibition provides lots of answers tho I was not sure it was a life I would wish for but for the truly adventurous it is almost within our grasp.  You can check out the type of homes, clothes and food that would be your everyday existence.  Homes such as: 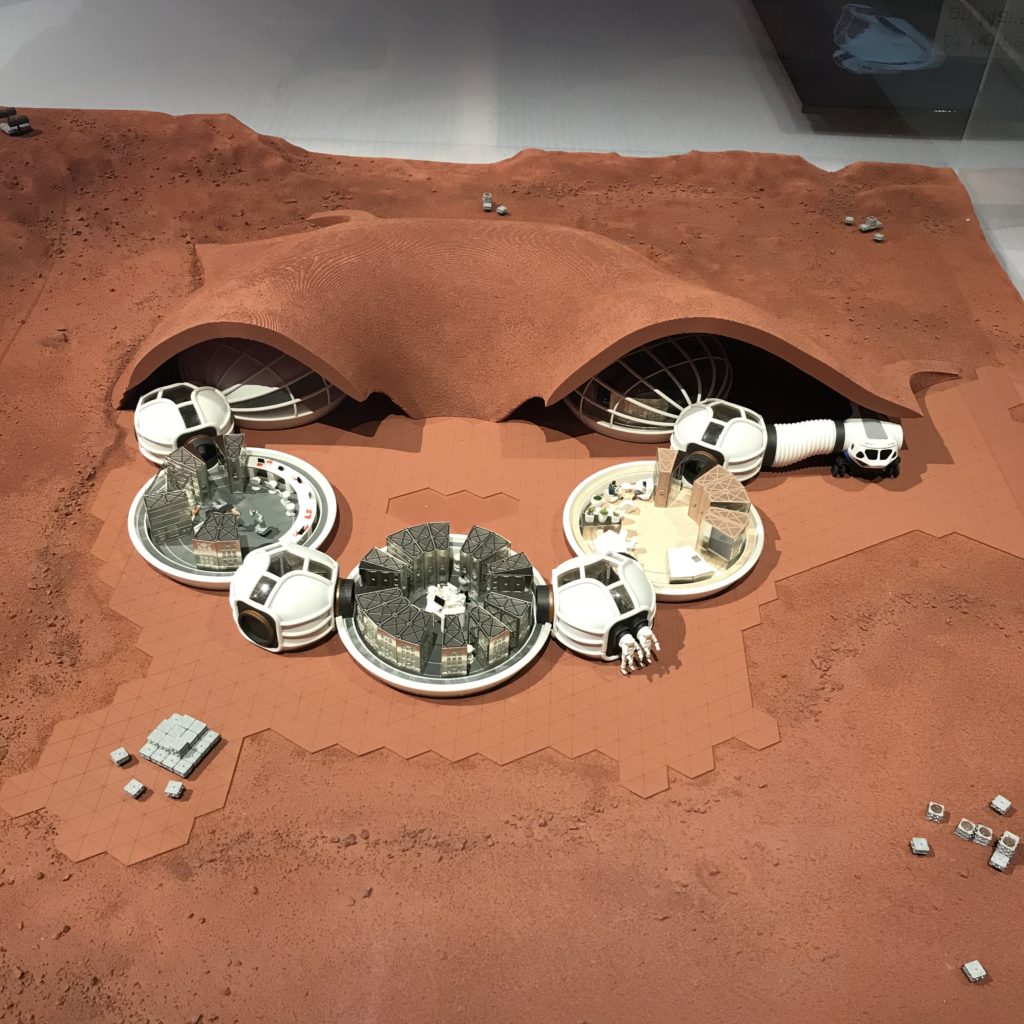 For more information about the exhibition including entry times and prices have a look at their website: https://designmuseum.org/exhibitions/moving-to-mars

Full disclosure:  as is customary in the travel industry, I was kindly invited by the Design Museum to view this exhibition for the purpose of this review.  This has not influenced my opinion of the exhibition.